We’re not wired for contentment. 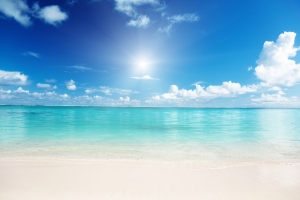 Against this, we say, “If I just had x, I’d have no trouble being content.”  But that’s exactly the point, right?  There’s always an “x” in our lives: a certain “something” we feel we lack and if we just possessed it, life would be fine.

But it’s an illusion.

Knowing this about sinful humanity, the Apostle Paul instructs his protégé, Timothy in 1 Timothy 6:6-10:

6 But godliness with contentment is great gain. 7 For we brought nothing into the world, and we can take nothing out of it. 8 But if we have food and clothing, we will be content with that. 9 Those who want to get rich fall into temptation and a trap and into many foolish and harmful desires that plunge people into ruin and destruction. 10 For the love of money is a root of all kinds of evil. Some people, eager for money, have wandered from the faith and pierced themselves with many griefs. 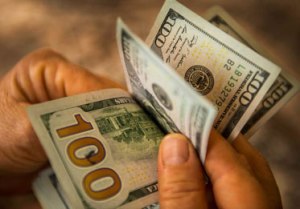 Primarily, most of our “more” comes down to money.  Money, of course, is not bad.  It’s not a sin to be wealthy or to be poor.  Yet, the pursuit of money can become such a driving force, we are robbed of satisfaction with what we have.

Worse, we can become dissatisfied with the Lord.  Verse 10 is a famously misquoted verse.  We tend to think it says, “money is the root of all evil.”  But it doesn’t say that, does it?  It states, “…the love of money is a root of all kinds of evil.”

When we love money, we are turning our mind’s attention and heart’s affection away from the Lord and towards money (or its pursuit).  It reminds me of A Christmas Carol and the plight of Ebenezer Scrooge.  He was so busy pursuing wealth, he not only wrecked others’ lives, he nearly completely destroyed his own.

Paul is not saying talking about a wish of “gee, I wish I had more money.”  No.  Instead, he’s addressing the temptation we have to idolize wealth and seek it above seeking the Lord.  When we succumb to materialism, we seek to gain “things” instead of the Creator Who made all things.

At that point, being rich not only becomes our goal but our god.

And this is why we gain much if we learn contentment.  We gain the pleasure of God.  We gain the satisfaction of a soul at peace.  We might possess wealth, but it does not possess us.

The Faithlife Study Bible makes a great point about contentment:

May we find the sufficiency of the provision of Jesus enough for us to experience the “great gain” of “godliness with contentment”.

Let’s connect!  I’ve set up a Facebook account where I’m now sharing my blogs, podcasts, messages, and things I hope help you on the journey.