“A pastor was forced to resign due to moral failure.”

But have you ever read a headline about “Church Deacon was forced to resign from the board due to moral failure”?  How about this headline: “Church Elder resigns from his church board for unscrupulous business dealings in the community”?

2,000 years of church history has given us some distinct offices Scripture wasn’t quite as clear on.  When instructing young Timothy on handling the elders in Ephesus, he writes in 1 Timothy 5:19-21:

19 Do not entertain an accusation against an elder unless it is brought by two or three witnesses. 20 But those elders who are sinning you are to reprove before everyone, so that the others may take warning. 21 I charge you, in the sight of God and Christ Jesus and the elect angels, to keep these instructions without partiality, and to do nothing out of favoritism.

After addressing how effective church leaders deserve financial and emotional appreciation (1 Timothy 5:17-18, last week’s blog), he turns to those who are bad and need correction.  The process is simple, but often lacking in many congregations because we tend to have differing standards for church leaders when they are unpaid.

This is foreign to our Scripture passage today.  The process laid out here is in three parts.

First, a pastor or a council of elders should not “entertain an accusation against an elder unless it is brought by two or three witnesses” (verse 19).  An accusation is not meaning someone in the congregation disagrees with some philosophical decision (Any other survivors of the 1990s “Worship Wars” out there?).  Paul is talking about something on the order of a formal charge of wrongdoing—he’s talking about an elder living in unrepentant sin. 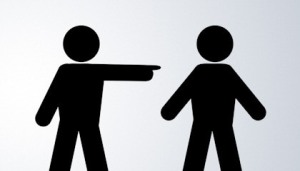 And it’s not enough to accuse an elder with a single accusation; it must be corroborated.  This also reminds us that accusation of sin is not a single occurrence, but a habitual pattern.

Second, the accusation is proven (…“those elders who are sinning…” verse 20).  The accusation proven would be a violation of 1 Timothy 3:1-7.  Furthermore, the implication of the sentence construction informs us the accused elder would be unrepentant.  Repentance and restoration are always the first goals of the Church.  But when someone refuses to repent and makes this impossible, congregations have a process to protect the witness of the Church.

If all this has taken place, then thirdly, the correction should be delivered before the entire congregation (verse 20).  This serves two functions.

The second function of this public discipline is implied in the same phrase: that the congregation as a whole would recognize the burden and blessing of leadership.  After just telling us in the preceding verses to provide and honor elders well, Paul is reminding the congregation of their role in accountability.  A congregation should be able to imitate the behavior of its leaders.  If not, it’s time for a congregation to get new leaders.

Neither young Timothy nor pastors in today’s congregations should entertain frivolously “one-off” complaints or accusations against church leaders.  Likewise, they should not show favoritism or fear by not confronting where sin is rampant in the life of a church leader.

Paul’s instructions are not about getting vengeance on anyone.  It’s refusing to entertain partiality with church leaders who tend to get pedestaled. 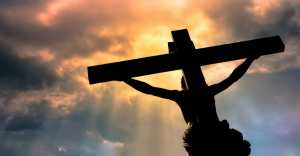 Interested in more like this?  Consider Joel’s book: 31 Days of Spiritual Wisdom: A Month in the Proverbs.  Moving through a selection of verses from a chapter of Proverbs for every day of the month, Joel walks readers through a journey of spiritual formation applicable to everyday life.  The goal?  Knowing how to apply the wisdom of Scripture so we grow in our faith, become wiser, and show the world the life-changing power of Jesus.

Joel has a podcast!  Addressing church leadership issues, Joel dissects what he’s been taught and experienced.  Subscribe below.

Let’s connect!  I’ve set up a Facebook account where I’m now sharing my blogs, podcasts, messages, and things I hope help you on the journey.