How many stories take a turn for the worse right at that point?  I remember a recent circumstance where someone who knew the highway system so well, they distrusted the GPS coupled with real-time traffic reports.  I was assured I would be going out of the way and adding twenty minutes to our trip if I traveled how Google Maps suggested I go.

After all, what does a machine calculating average speed, traffic conditions, and road constructions possibly know about getting me from point A to point B quickly?  This “shortcut” added nearly thirty minutes to the trip.  Which one of us was more wrong: the navigator or the driver who followed his advice knowing it wasn’t right?

Have you ever taken a shortcut that ended up taking you longer?  Maybe this wasn’t a geographical shortcut but a shortcut in a process or conversation.  Instead of doing something the “long way”, you tried a “shortcut” and it didn’t pay off.  Has that ever happened to you?

This is the subject of Ecclesiastes 7:7 (NIV) as we consider the words of the teacher:

Extortion turns a wise person into a fool, and a bribe corrupts the heart.

The very fact a “wise person” accepts a bribe demonstrates they aren’t wise at all.  If their counsel and favor can be bought, then it really isn’t worth all that much.

While being a Biblical piece of wisdom, this one certainly makes sense to us.  Bribes create corruption in the heart and taints the leadership of the person in the lives of the people.  While it may seem to be the expedient way to get things done, it fans the flames of sinfulness already residing in the heart.

Whether in King Solomon’s day or ours, political leaders cease to do what is best for the people when kickbacks and payoffs are the order of the day.  When a leader can be bought, they are merely using their position of authority for themselves.  In any millennia, we know the frustration this brings.

An interesting question that emerges from this understanding is this: for those of us in democratic governments, why do we tolerate this from our leaders?  If extortion and bribes turn the wise into fools, then why would we allow fools to lead us?  Who’s the greater fool?

But what about the vast majority of us not in political leadership: what’s the warning for us?  Don’t use your position to better your station in life, but use it to advance the mission of the organization you belong to. 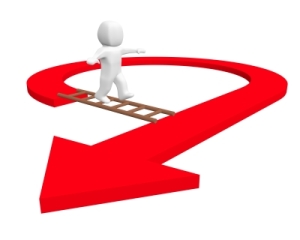 In other words, don’t accept bribes because it compromises you.  For example, don’t change the report to say what the boss wants to see because your manager offers you a promotion, pay raise, or lunch for it.  Don’t bow to the social pressure to compromise truth for the sake of expediency.  That’s foolish behavior and terribly short-sighted.

We’re faced with all kinds of situations where we allow our wisdom to fly out of the window in favor for “getting things done”.  Don’t go there.  You’ll regret it.  Shortcuts are usually more “cut” than “short”.  They hurt us.  Make us bleed.  Injure us.  Compromise us.

Beware of shortcuts: they can turn us into fools.