Not too long ago, I heard a great sermon. 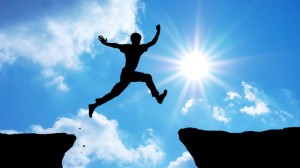 Truly it was.  The introduction was gripping and pulled me into the plight of the speaker.  He skillfully turned our focus from his story to His story (see what I did there?).  We dove into Scripture to see what the Lord said about our situation.  Using other Scripture, the communicator took us all the way to his conclusion where he pinned us up against the wall and demanded we see ourselves the way God sees us.  Like I said, it was a great sermon—textbook!

It was a great sermon, but the theology was off.

One of the speaker’s key points was based on a logical fallacy so common, most of us fall for it not only in church circles, but also at work, at school, in politics, and around the water cooler.  This logical fallacy has broken churches, marriages, friendships, and nations.  It divides us because the claims it makes are nearly impossible to directly address in rebuttal.

What is this dangerous logical fallacy?

An argument from silence.

Let me give you an example from the Bible.  How about I said this: “It’s obvious from Scripture that Matthew didn’t believe Jesus existed as God’s Son before He was born in Bethlehem. He never even bothered to mention Jesus before His human existence.”

Is it okay for me to teach that the Apostle Matthew didn’t believe in the preexistence of Jesus?  After all, nowhere in Matthew’s Gospel does he expressly and explicitly state, “Jesus existed before Bethlehem.”  (For that matter, Luke and Mark are mute too in this claim.)

Only the Gospel of John directly says, “In the beginning was the Word, and the Word was with God, and the Word was God…the Word became flesh and made his dwelling among us. We have seen his glory, the glory of the one and only Son, who came from the Father, full of grace and truth” (John 1:1, 14).

So…am I right?  Was Matthew a heretic?!?  I just proved it to you because of what he didn’t write!

Arguments from silence are among the weakest one can give because the gaping hole of emptiness allows one far too much freedom to “fill in the gaps”.  We should be very cautious when a communicator of any sort relies too heavily on this type of argument.

I do want to note, however, arguments from silence aren’t the devil 100% of the time.  They can be useful at times and D.A. Carson offers this help when he writes they “are stronger if a case can be made that in any particular context we might have expected further comment from the speaker or narrator” (D.A. Carson, Exegetical Fallacies, 2nd ed., pg. 139).

By the way, in my example above, I could make the case that in the genealogy of Jesus, Matthew could have written about Jesus’ existence with God the Father before Bethlehem, but did not.  Do you see how dangerous arguments from silence can be?  And if I’m skilled enough as a communicator, I can get most people to agree with me.  That’s dangerous!

Dear Christian, don’t be a passive listener just soaking up what you’re hearing!  Keep your antennae up and pay attention.  Listen for this very popular logical fallacy and consider its merit (or lack thereof) carefully.

Do as the Berean Jews did when Paul told them about the Gospel of Jesus: “Now the Berean Jews were of more noble character than those in Thessalonica, for they received the message with great eagerness and examined the Scriptures every day to see if what Paul said was true” (Acts 17:11).

P.S. Just to be clear: there is absolutely no evidence in the Gospel of Matthew that he thought of Jesus as less than fully God and fully human.  Jesus’ preexistence as the eternal Son of God is not in question in any of the four Gospels.  Just in case someone uses my silence above to say that I think that.  😛