I’ve yet to see a rich lazy person (that didn’t inherit their money). 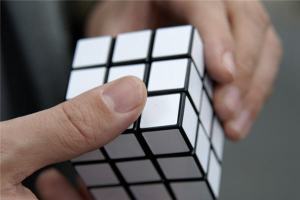 Have you?  Looking through the Forbes list of billionaires, I noticed something while checking them out: they are all incredibly busy.  They don’t “let the grass grow under their feet”.  They are industrious and diligent.  Hardworking and engaged.  They are typically involved in multiple endeavors including charity work.

If there was one adjective you would NOT use to describe this group it would be this: lazy.  These aren’t people sleeping in to noon every day and only working for a couple of hours.

While I don’t wish to debate the morality of how these billionaires made their fortunes (I honestly don’t know for the vast majority of them anyway), there is a lot we can learn from them.

And these hard-working qualities are something that a Biblical billionaire noticed to.  He wrote in Proverbs 10:4:

Written by King Solomon in the 10th century B.C., the Biblical billionaire observed that laziness only produces poverty.  Now, before any of you think the Bible is saying if you’re poor you’re lazy, think again.  The King is making an observation here that lazy hands are only capable of producing poverty while hard-working hands bring wealth.

There are a couple of keys in this passage.  First, are the words “lazy hands”.  By this, Solomon is referring to the sloppy and shoddy work these hands produce.  Lazy people don’t work hard or diligently.  They do the bare minimum (if that much!) and “clock out” as soon as they can (if not early).  With that in mind, we would look at this proverb and think, “Of course, shoddy and sloppy work will not be rewarded.”

Also, there’s a lot of interpretive room for the word “wealth”.  What is wealth?  King Solomon could have said, “riches” but he wrote “wealth”.  In a sense, he certainly means money but there’s a greater sense as well.  It’s referring to a growing financial stability.  I know people who make very little money, yet have tremendous financial stability.  These people are “diligent”.

At the same time, I’ve also known those making over six figure salaries and are always broke and looking for more money.  That’s not wealth in the Biblical sense; that’s not a growing financial stability.

What’s the lesson of this Proverb?   Work not only harder, but also smarter.  Be diligent in what you do because if you’re a Christian, you are not really working for humans.  Your employer is the Lord (cf. Colossians 3:23-24).